Choosing a New Church or House of Worship 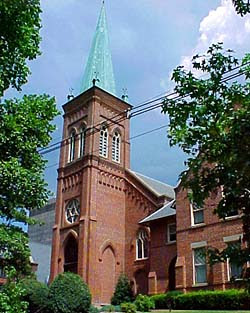 About half of U.S. adults have looked for a new religious congregation at some point in their lives, most commonly because they have moved. And when they search for a new house of worship, a new Pew Research Center study shows, Americans look first and foremost for a place where they like the preaching and the tone set by the congregation’s leaders.

Fully 83% of Americans who have looked for a new place of worship say the quality of preaching played an important role in their choice of congregation. Nearly as many say it was important to feel welcomed by clergy and lay leaders, and about three-quarters say the style of worship services influenced their decision about which congregation to join. Location also factored prominently in many people’s choice of congregation, with seven-in-ten saying it was an important factor. Smaller numbers cite the quality of children’s programs, having friends or family in the congregation or the availability of volunteering opportunities as key to their decision.

Perhaps as a result of the value they place on good sermons, church leadership and the style of worship services, many people – even in this age of technology – find there is no substitute for face-to-face interaction when seeking information about a new religious home. Fully 85% of those who have looked for a new house of worship say they attended worship services at a church they were considering, and seven-in-ten say they spoke with members of the congregation or to friends or colleagues about their decision. Looking for information online may be growing more common, especially among young people and those who have looked for a congregation recently. But online information still appears to be far less important to potential congregants than experiencing the atmosphere of the congregation firsthand.
Posted by Roger Owen Green at 12:35 PM