Which Congressional district is the most German? Wisconsin's 6th 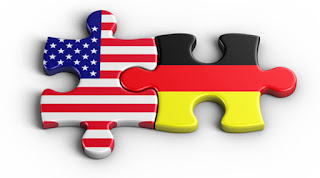 You might be surprised to find out that German-American is the most common ancestry in the United States, at least according to the Census Bureau; 13.9 percent of Americans claim German ancestry, compared with 10.0 for Irish ancestry and 7.4 percent for English ancestry.

(One theory is that many people who do have primarily English ancestry are from families that have been in the U.S. for so long that there’s no remaining sense of distinct roots, and some of them may end up claiming "American" ancestry instead.)

But German ancestry is, despite how common it is, a fairly regionally-specific ancestry; there’s very little of it in the South, and while it’s more common in the Northeast, it’s by far most heavily concentrated in the Midwest, especially the Upper Midwest: Wisconsin, Minnesota, Iowa, and the Dakotas.

The largest flow of German immigrants in the 19th century was to the rapidly-growing cities of the Midwest like Milwaukee, Cincinnati, Omaha, and St. Louis. While these cities have lost much of their initial German identity thanks to subsequent waves of immigration and mostly ordinary domestic migration, German ancestry is still predominant in the rural areas of the Midwest where there hasn’t been much subsequent population growth.

See more in the TheMostDistrict series
Posted by Roger Owen Green at 11:34 AM