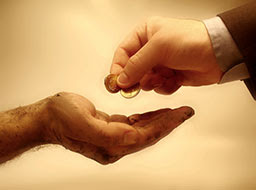 Tis the season for giving. And the latest World Giving Index shows that Americans are among the world’s most generous people, ranking No. 5 out of 140 countries. U.S. donors in 2016 gave more than $389 billion to charity, with 72 percent of the funds coming directly from individuals, according to the National Philanthropic Trust.

But Americans do more than reach in their pockets to help others. They also contribute their time — and plenty of it. Nearly 63 million people volunteer in the U.S., serving a combined total of 7.9 billion hours per year, the equivalent of $184 billion of service.

Not everyone is equally selfless, however. In the spirit of inspiring altruism, WalletHub determined the most charitable of the 50 states by comparing them across 14 key indicators of charitable behavior. Our dataset ranges from volunteer rate to share of income donated to share of sheltered homeless.
Posted by Roger Owen Green at 10:59 AM