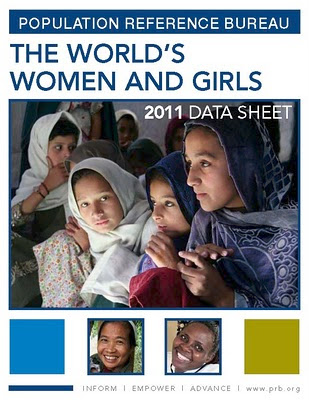 In developing countries, 35 percent of women ages 20 to 24 report having been married by age 18. And, in the poorest regions of the world, according to The World's Women and Girls 2011 Data Sheet, the proportion is even higher, with levels ranging from 45 percent in South Central Asia to nearly 40 percent in sub-Saharan Africa. Nine countries have prevalence rates above 50 percent.

Despite legal means, early marriage (before the age of 18) persists, along with the associated risks of adolescent childbearing. Early marriage can also curtail the opportunities girls may have for education. In countries and regions with the highest proportions of early marriage, girls' educational attainment is adversely affected. Literacy rates, primary school completion, and secondary school enrollment are all lower than that of boys.
Posted by Roger Owen Green at 11:51 AM