The Report of the Iraq Inquiry (UK) 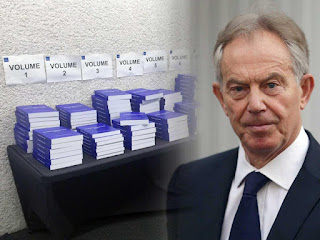 The Report of the Iraq Inquiry was published on 6 July 2016.

From the links on the page you can access the Executive Summary and the Report, search the supporting documents and review transcripts and recordings of the original hearings.

From METRO: The 12-volume, 2.6 million-word report, which comes at a turbulent time in British politics... found that British military action was not the last resort and that policy on Iraq was made on the basis of flawed intelligence that was never challenged.

Sir John Chilcot has published his long awaited report into the Iraq War.

The Iraq Inquiry has concluded the war was "unneccessary" as Saddam Hussein posed no immediate threat to the US or the UK.

Sir John said the secret intelligence reports "did not justify" former Prime Minister Tony Blair's belief in the presence of weapons of mass destruction (WMDs) but found that Mr Blair did sincerely believe they were there.

In direct contradiction to what Mr Blair told the inquiry, Sir John also found he and George W Bush were made aware that the country could descent into sectarian civil war after the invasion so "hindsight was not required". 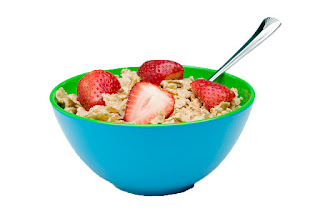 Few things are as painless to prepare as cereal. Making it requires little more than pouring something (a cereal of your choice) into a bowl and then pouring something else (a milk of your choice) into the same bowl. Eating it requires little more than a spoon and your mouth. The food, which Americans still buy $10 billion of annually, has thrived over the decades, at least in part, because of this very quality: its convenience.

And yet, for today's youth, cereal isn't easy enough.

The New York Times published a story about the breakfast favorite, and the most disconcerting part was this:

Almost 40 percent of the millennials surveyed by Mintel for its 2015 report said cereal was an inconvenient breakfast choice because they had to clean up after eating it.

The industry, the piece explained, is struggling — sales have tumbled by almost 30 percent over the past 15 years, and the future remains uncertain. And the reasons are largely those one would expect: Many people are eating breakfast away from the home, choosing breakfast sandwiches and yogurt instead of more traditional morning staples. Many others, meanwhile, too busy to pay attention to their stomachs, are eating breakfast not at all.
Posted by Roger Owen Green at 12:00 PM No comments: