How to Avoid a Box Office Disaster 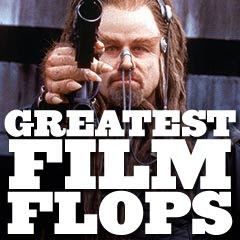 We use analytics to predict baseball, elections, and even pop music. But can an algorithm foretell a movie’s success or failure, even before it’s made?

In his seminal 1983 memoir, Adventures in the Screen Trade, screenwriter William Goldman disclosed what he believed to be “the single most important fact, perhaps, of the entire movie industry.” He wrote it in all caps, twice on the same page, one paragraph apart: "NOBODY KNOWS ANYTHING." Below, he narrowed “anything” down: "Nobody, nobody — not now, not ever — knows the least goddam thing about what is or isn’t going to work at the box office."

Goldman quotes a former studio executive, the ironically surnamed David Picker, as saying, "If I had said yes to all the projects I turned down, and no to all the ones I took, it would have worked out about the same." In Goldman’s experience, studio heads were no more effective than mutual-fund managers. Some had hot streaks, but none could keep beating the market. It wasn’t because they were bad at their jobs; it was because their jobs required the wisdom of crowds, not the wisdom of one person. "They’re trying to predict public taste three years ahead and it’s just not possible," Goldman wrote.

It’s hard enough to predict public taste in the present; even the Romans knew there was no accounting for it. Imagine trying to predict what the world will think of an unmade movie’s box office revenue, months before its first dailies. If you were facing that sort of uncertainty, you might want to rely less on the people operating on only feel — especially because, as Blumhouse president of feature films Couper Samuelson told my colleague Chris Ryan this week, "there are fewer and bigger movies being made," which means missing is more costly than ever.
Posted by Roger Owen Green at 1:19 PM No comments: 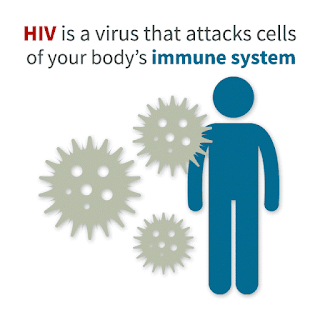 The Centers for Disease Control and Prevention’s (CDC) Division of HIV/AIDS Prevention published the 2015 HIV Surveillance Report. It is available online at https://www.cdc.gov/hiv/pdf/library/reports/surveillance/cdc-hiv-surveillance-report-2015-vol-27.pdf.

The HIV Surveillance Report, which CDC has published regularly since 1982, includes detailed information about diagnosed HIV infection in the United States and dependent areas. Together with supplemental reports and analyses published throughout the year, the report provides federal agencies, health departments, nonprofit organizations and other partners the data they need to monitor HIV infections, focus prevention efforts, and allocate resources.

This edition of the report marks an important departure from prior years, made possible by improvements in HIV surveillance methods and data sources. The report presents all diagnosis, death, and prevalence data without statistical adjustments for delays in reporting of cases to CDC. Such adjustments were long needed to compensate for reporting delays of data.

Today, however, reporting of case information is more timely; significantly less time is needed to identify duplicate cases from multiple states; and systems for national data processing have been substantially strengthened, enabling unadjusted data to provide a reliable assessment of the impact of diagnosed HIV infection.
Read more »
Posted by Roger Owen Green at 5:11 AM No comments: