The Program on Applied Demographics (PAD) at Cornell University applies demographics methods and techniques to the latest economic and population trends to provide data and recommendations to institutions and agencies in the public and private sector. Check out ther publications in particular which feature workshop presentations offered at the most recent State Data Center Affiliates meeting.
Posted by Roger Owen Green at 10:07 AM No comments:

The Times Union has a list of Databases & Directories. Some of them contain data that can be found elsewhere (FBI Uniform Crime Report, Baby Names from Social Security), or are of local interest (Artists & Artisans, Camp Guide). The piece that caught my attention was the Top Pensions paid to New Yorkers.
Posted by Roger Owen Green at 5:26 AM No comments:

Last week, the Government Accountability Office (GAO) released: 2010 Census: Bureau Needs to Specify How It Will Access Coverage Follow-up Techniques and When It Will Produce Coverage Measurement Results. GAO-08-414, April 15.

Highlights.
Posted by Roger Owen Green at 10:16 AM No comments:

The public comments on the web about ACS

An Indiana data detective has been been browsing the web to see what news and information is out there about the American Community Survey, noting that "Google yields about 2 million items when searching for American Community Survey and the top links are to the Census Bureau. However, on the first results page there are a number of blogs referenced that purport to be reactions from recipients of the survey..."

Here is just one of the many links found.

It appears that there is a great deal of concern about the "intrusiveness" of the ACS and about privacy, "difficult to assuage in the face of modern technology and general mistrust of 'the government'."

I believe that the Census Bureau, which has little money to publicize the ACS program at all, nevertheless needs to find a way to address these issues. I remember a conversation I had four or five years ago with a data detective. I posited the theory that the USA “PATRIOT” Act and other activities would undermine Census' capacity to gather information in the future. That understandably suspicious future is now.

The data gathered in the ACS, and before that in the long form of the Census, is vitally important to government and industry. Of course, the "short form" questions are required for reapportionment of Congress and state legistures, as well as a myriad of other uses.
Posted by Roger Owen Green at 8:53 AM 1 comment:

It's not the first time the idea has come up. The Census Bureau explored launching sweepstakes in the 1990s. It rejected the plan partly because of concern that it would cheapen the national population count mandated by the Constitution every 10 years. It's not clear if using budget money to fund prizes is even legal.

Feh. What ever happened to civil duty?
Posted by Roger Owen Green at 9:47 AM No comments:

Another Rockefeller Institute Study:
Every state offers community colleges as the first rung on the ladder of higher education. They prepare students for four-year colleges, educate key professions like nursing and firefighting, offer job training and basic skills, and bolster economic development. But a new report from the Rockefeller Institute finds that the 50 states differ widely in the extent to which they use their community college systems. Read the press release.
Posted by Roger Owen Green at 5:28 AM No comments:

From the Rockefeller Institute of Government:
New York's local governments are among the most heavily "layered" in the nation, Rockefeller Institute Senior Fellow Donald J. Boyd writes in a new paper. Unlike most states, New York is characterized by at least two general-purpose local governments in every region except New York City. Boyd was a consultant to the New York State Commission on Local Government Efficiency and Competitiveness, chaired by former Lieutenant Governor Stan Lundine. The Commission has just issued a report with recommendations to make local government more streamlined and cost-effective. Robert Ward, the Institute's deputy director, analyzed the Lundine Commission's report in a May 1 commentary for WAMC/Northeast Public Radio.
Posted by Roger Owen Green at 5:31 AM No comments:

The Rockefeller Institute of Government has published the 32nd edition of its popular New York State Statistical Yearbook, providing updated information on a vast array of state data and state agency contacts for news media, citizens, government officials, and others. The 714-page Yearbook contains information ranging from population and health statistics to information on education in the state. Information is freely available online as a series of Excel pages here.

For more information or to obtain a copy, click here. Read the news release.
Posted by Roger Owen Green at 9:40 AM No comments:

A New Twist on Spring Cleaning

Economy Has Consumers Feeling the Urge to Purge, which does have its upsides.
Posted by Roger Owen Green at 10:46 AM No comments:

Inside the American Community Survey - A Non-Planner's View

The apartment where Ishmael Sanchez lives was randomly selected to participate in the U.S. Census Bureau's American Community Survey. He's not a planner or a demographer, and doesn't use or particularly care about Census data. But, because he was required by law to do so, he responded to the survey.
An interesting view of the ACS from one who was surveyed.
Posted by Roger Owen Green at 10:37 AM No comments:

From the Hill Library:

When the BEA says "personal income" they mean wages, health insurance benefits, investments and a bunch of other stuff. Looking at a flat-out personal income figure for a location, comparing locations, or tracking income over time can offer much insight into a place's economy and consumers.

The Bureau of Economic Analysis recently released new estimates on personal income in counties and metro areas across the U.S., with data from 1969 to 2006. This site walks you through the steps of accessing that data. Follow these steps by first selecting a table - or topic - and then selecting a geography and date range.

When the BEA says "personal income," you might say "holy cow this site is overwhelming." If so, check out BEA Regional Facts, where this data is simplified and presented in paragraph form.

Personally, I prefer the tabular form of LAPI to the narrative form of the BEAR Facts.
Posted by Roger Owen Green at 11:39 AM No comments:

Caveats for users of ACS tabulations

Someone who knows a lot more about these things than I noted that "these are issues known to most folks heavily involved with the ACS." Demographic groups have been "encouraging the Census Bureau to find ways to increase the ACS sample from 3 million addresses to the originally (back in the early '90s) 3 percent sample. Given the current federal budget situation, the need for the Census Bureau to convert 2010 Census NRFU to paper, etc. we are not likely to see any increase in the ACS data collection budget until sometime after the 2010 Census."
Posted by Roger Owen Green at 9:09 AM No comments:

The Post Office is raising the postal rates starting Monday, May 12 to 42 cents for the first ounce, 17 cents each for the next few ounces, and 27 cents for a postcard. 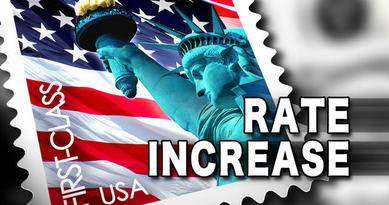 Lots of people I've talked to seem unaware of the rate change. I wonder if the Post Office still has those "forever" stamps?
Posted by Roger Owen Green at 8:26 AM No comments:

What You Need to Know about the 2010 Census

Monthly Small Business Economic Trends Analysis from the National Federation of Independent Business.
Posted by Roger Owen Green at 10:36 AM No comments:

Sales Tax Collections in Most States Declined in First Quarter

State sales tax revenues delivered the weakest performance in six years during the first quarter of 2008, while growth in overall state tax revenues continued to deteriorate, according to preliminary data issued May 1, 2008 by the Rockefeller Institute of Government. With 36 of the 45 states that collect sales tax reporting, revenue from sales taxes declined both nationwide and in 21 states during January to March 2008, compared to the same period a year earlier. Southeastern states were hit the hardest: nine of the 21 states reporting sales tax declines were in that region. When adjusted for inflation, sales tax revenues declined in at least 27 states. For the states reporting so far, the overall level of sales tax collections fell slightly — the first time such revenues have not grown in six years.
Posted by Roger Owen Green at 10:12 AM No comments:

Check out Digital Marketing and Media from AdAge.
Posted by Roger Owen Green at 10:00 AM No comments:

There's a recent Business Review story indicating that Albany is 11th smartest metro in the nation, topping all New York cities. The full chart is here.
Posted by Roger Owen Green at 5:10 AM No comments:

From the Hill Library:

Ethanol Industry Outlook 2008, a 28-page PDF from the ethanol industry.
Posted by Roger Owen Green at 10:28 AM No comments: