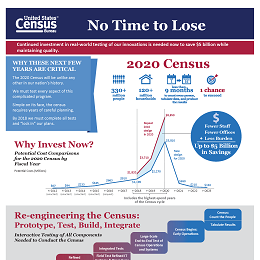 
The Census Act of 1790 established the concept of “usual residence” as the main principle in determining where people were to be counted, and this concept has been followed in all subsequent censuses. “Usual residence” has been defined as the place where a person lives and sleeps most of the time. This place is not necessarily the same as a person's voting residence or legal residence.

Determining usual residence is straightforward for most people. However, given our nation's wide diversity in types of living arrangements, the concept of usual residence has a variety of applications. Some examples include people experiencing homelessness, people with a seasonal/second residence, people in prisons, people in the process of moving, people in hospitals, children in shared custody arrangements, college students, live-in employees, military personnel, and people who live in workers' dormitories.

Applying the usual residence concept to real living situations means that people will not always be counted at the place where they happen to be staying on Census Day (April 1, 2020) or at the time they complete their census questionnaire. For example, some of the ways that the Census Bureau applies the concept of usual residence include the following: