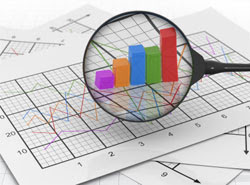 Donald Trump’s hostility toward official economic data is especially well-known. His casual comments about the official unemployment rate being “phony” have pained economists for months, and researchers have worried that the administration might seek to either stop collecting necessary data altogether, or might direct agencies to skew data in a manner that supports certain policies or claims. Last month, the Wall Street Journal reported that the administration was already floating the idea of changing the way the government calculates trade deficits, with a revised methodology that would make trade gaps look bigger—a change that would presumably bolster support for Trump’s assertion that the country’s trade policies and agreements need to be renegotiated or changed.
Posted by Roger Owen Green at 9:09 AM