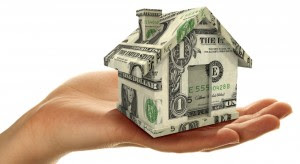 The Empire Center has updated its June report that ranked 2014 property taxes with 2015 data recently released by the state comptroller's office. The report examined effective tax rates that combined school, county, town, city and village taxes.
The highest (and lowest) effective tax rates and tax bills on median-value homes may vary within the communities based on the school district in which they are located. The full details are given in the report.
Users can see the components of their local property taxes and compare property taxes in multiple communities using the Empire Center’s Property Tax Calculator, a tool on SeeThroughNY.net, the Center’s transparency website.
Benchmarking NY uses data from the Office of the State Comptroller to calculate effective tax rates–combined county, municipal and school taxes as a percent of market value–for thousands of localities across the state during 2015, excluding only New York City and Nassau County. The complete report, posted here, includes a list of the top and bottom 20 effective tax rates and the top and bottom 20 tax bills on a locality’s median-value home in each of nine regions.
The Empire Center, based in Albany, is an independent, non-profit, non-partisan think tank dedicated to promoting policies to make New York a better place to live, work and do business.
Posted by Roger Owen Green at 12:43 PM